The Tale of Taco Tuesday

You’ve probably heard the phrase Taco Tuesday before. For many people, Taco Tuesday is an excuse to go out on a Tuesday night and get a deal on tacos and margaritas. Delicious tacos and tasty margaritas all for a discounted price? Count me in!

But where does that phrase come from? Yes, the alliteration sounds nice to the ear, but is that all it is? A catchy phrase to use as an excuse to eat tacos on a Tuesday night? There’s actually an even better story about the origins of Taco Tuesday.

The History of Taco Tuesday

Restaurants have offered deals on tacos for years before the phrase caught on. The El Paso Herald-Post ran an advertisement in 1933 for The White Star Cafeteria at the St. Regis promoting their Mexican tacos – three for just 15 cents. Other restaurants offered Tuesday taco deals like free tacos on Tuesday or free coffee with every purchase of tacos. Though these restaurants did not use the exact phrase “Taco Tuesday” to promote their taco deals, the sentiment behind offering discounts on Tuesdays remained strong in the restaurant industry.

The first official documentation of the phrase “Taco Tuesday” was in a 1973 edition of the Rapid City Journal. The Snow White Drive-In in South Dakota encouraged people to stop by their restaurant on Tuesdays and order some tacos. Then, Baker’s Drive-Thru advertised their Taco Tuesday deal in a 1976 edition of the Progress Bulletin in California. Baker’s still uses this phrase without a trademark to this day.

Up until 1989, restaurants used the phrase “Taco Tuesday” amicably to promote their taco deals. In 1989, Taco John’s, a large chain restaurant in the Midwest, filed for and received a national trademark for the phrase. Their website still promotes their trademark today: “Ever hear of Taco Tuesday®? We started it! We even trademarked it. That’s how seriously we take tacos.”

Taco John’s trademark for the phrase “Taco Tuesday” has caused some legal issues for them and other restaurants. The use of the trademark brings up questions about the legitimacy of being able to trademark a seemingly common phrase. Can a restaurant trademark a phrase that’s been around for years? Can Taco John’s claim that they coined the phrase? The short answer is – legally yes they can.

Taco John’s has become infamous for sending cease and desist letters to small businesses who use the phrase “Taco Tuesday,” but their legal threats cannot stop restaurants from offering delicious taco deals on Tuesdays. Their aggressive tactics to prevent people from using the phrase isn’t a good look for Taco John’s and they’ve probably become more well-known because of their legal issues rather than their taco deals.

If Lebron James decides to take further action, he could petition the USPTO to remove Taco John’s current trademark on the phrase. As of right now, he hasn’t taken those legal steps, and the trademark still belongs to Taco John’s.

So there’s the somewhat messy history of Taco Tuesday. Despite Taco John’s insistence that they were the first restaurant to use the phrase, Taco Tuesday remains a fun, lighthearted tradition for people to enjoy tasty tacos with friends and family on a Tuesday.

At Esmeralda’s 2.0, we solved the issue of dealing with the legal mess of Taco Tuesday. We offer $1 tacos EVERYDAY! You can come celebrate Taco Tuesday on an actual Tuesday, or you can come in any other day and get the same deal!

If you’re gluten free, vegetarian, or want some meat in your tacos, we’ve got you covered.

Stop by today or visit us online to learn more about our famous dollar tacos! 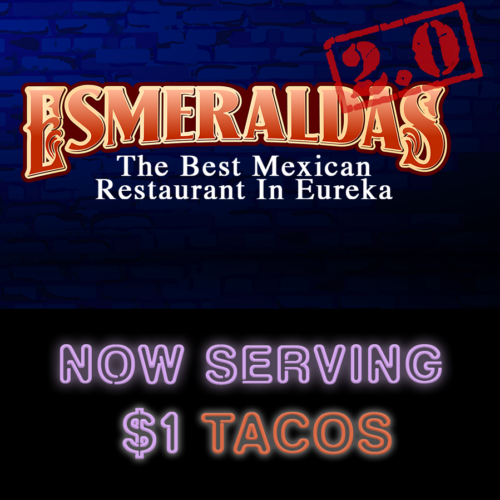 Why Food Delivery is So Popular in the United States

What Can Happen When You Violate Probation?

Understanding Sentencing Guidelines: What You Need to Know

How to Prevent School Shootings With Swissguard’s Guarding Solution

How to Find a Qualified Personal Injury Attorney