What Is A Backlink? 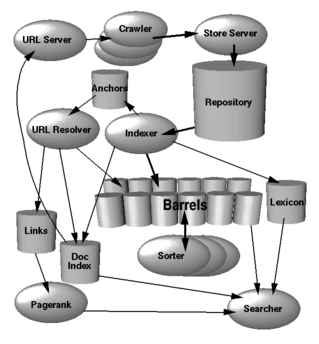 Earlier today, I was asked “what is a backlink?”

And this got me a little fire up to answer, since in my world, there’s very few people who would ever ask me “what is a backlink?” :-)

The simple answer to ‘what is a backlink?’ is they reinforce / build authority back to a website, which is a factor Google uses to determine rankings.

The more backlinks you have from authoritative sources (for example, the homepage of the airmic.com carries a PageRank of 5, which is a strong indication of overall authority across their entire website), the more relevant and authoritative your own website becomes, which helps you rank higher in search engines and attract more high quality traffic.

A common analogy used to describe this effect are citations that reference published works.

Let’s say you are a college professor at Kennesaw State and your published research receives a citation from a researcher at Harvard (a PR8 homepage).  And let’s say I’m a professor, and my research receives a citation from someone at Athens Technical College (a PR5 homepage). According to Google’s algorithm, the research referenced by Harvard would carry a substantially higher level of authority than the research referenced by Athens Technical College.

And as a result of your one citation from Harvard, your research would continually receive an increased level of traffic and exposure, which would then attract more authoritative citations… all of which gives you, the professor, an uneven distribution of authority compared to me, and more than likely all professors in the U.S. (in which case, you probably wouldn’t be at Kennesaw State much longer…)

If on the other hand, your published research received no citations whatsoever, then perhaps your research is not seen as valuable at all.

The impact of backlinks is also (sort of) like the “rich get richer and the poor get poorer” analogy, or also (sort of) like what Jesus said in The Parable of the Talents in Matthew 25:29, “whoever has will be given more and they will have an abundance; whoever doesn’t have, even what they have shall be taken from them”… scripture that I’ve always associated with exponential returns and uneven distributions.

Or as venture capitalist Peter Thiel puts it, the “power law of distribution”.

The majority of Google’s algorithm updates since 1999 have been focused on fighting the “artificial inflation” of authority where people manually build backlinks to their websites in an attempt to game Google’s algorithm.

This would be the equivalent of a college professor attempting to manually influence others (by paying them, etc…) to reference his or her research paper.

If interested, a more in-depth answer (and really, the most authoritative answer) on “what are backlinks?” can be read in The Anatomy of a Large-Scale Hypertextual Web Search Engine, a paper published by Sergey Brin and Larry Page (founders of Google) while attending Stanford.

The Secret To SEO Link Building That Might Surprise You