Athens, Georgia – This was the last game of the season and a slightly disappointing way to end the season. Georgia won 37 to 14, but they didn’t get it going until the second half. They only scored 10 points the entire first half, and were actually down by 7 for almost an entire quarter. Stetson Bennett had a pretty mediocre game, only throwing 18 times for 140 yards and 2 touchdowns. He only completed 55% of his passes and only averaged 7.7 yards per attempt. Kenny Mcintosh had another great game, totaling 182 yards on 14 catches, rushing for more than 7 yards per attempt, and scoring a touchdown.

For the second week in a row, Kenny Mcintosh carried the offense. He had more total yards than quarterback Stetson Bennett and spearheaded the offense on an afternoon in which Stetson Bennett did not look the sharpest. The defense once again looked amazing, giving up only 14 points, with 7 of those coming in garbage time with Tech down by 30 points with less than 3 minutes to play. Georgia was held to 3-13 (23%) on 3rd down, and only 1.4 yards per rush. 1.4! The defense also forced a fumble. All in all a great game for the defense. And this week’s 3rd best UGA play belongs to:

Early in the second quarter, Georgia found themselves on their own 20 down by 4. The offense had been moving the ball well but hadn’t been able to punch it into the endzone yet due to a flurry of miscues early, including an uncharacteristic drop by Brock Bowers in the end zone. They needed a big momentum changing play, and on 1st down this is what Kenny Mcintosh gave them.

As I said before, Kenny Mcintosh had himself a game. He racked up 163 total yards, both on the ground and through the air, and he scored the only Georgia touchdown of the game. That is why the 2nd best UGA play of the week belongs to:

Early in the third Georgia stopped Tech on their own 20 and they had to punt the ball away. The snap was low and the punter had a hard time getting his hands correctly on the ball. By the time he did it was too late. There were 3 red jerseys swarming him and before he knew it he was on the ground. Georgia ball at their own 12. This good field position led to a Brock Bowers touchdown and Georgia extending their lead to 13.

Now, the #1 best UGA play of the week belongs to:

Heading into the 4th quarter Georgia held a 16 point lead. A pretty nice cushion, however, one always wants to be safe and keep adding to the lead, and that is certainty how Kenny Mcintosh felt. Facing 1st and 10 from the Georgia 14, Stetson Bennett dropped back to pass. After a quick survey of the field he saw Kenny running down the left sideline with about 2 steps on his defender. Stet threw a dot and Kenny made a nice adjustment to catch the ball.

After that Kenny simply turned on the jets. His defender was burnt toast and it looked like Kenny might take it all the way to the house. However, the safety had other ideas and came in for the cleanup tackle. Mcintosh tried his best Derrick Henry impression and tried to stiff arm, and it worked for about 2 seconds, until he was finally tackled down at the Georgia Tech 2. However, Kenny then scored his first touchdown of the game on the very next play on a 2 yard rush.

Dominant performances from Kenny Mcintosh, the defense, and the Georgia special teams. Mediocre performances for everyone else. However, Georgia completed their undefeated season, and another historic season has been put in the books! 12-0 and Go Dawgs! 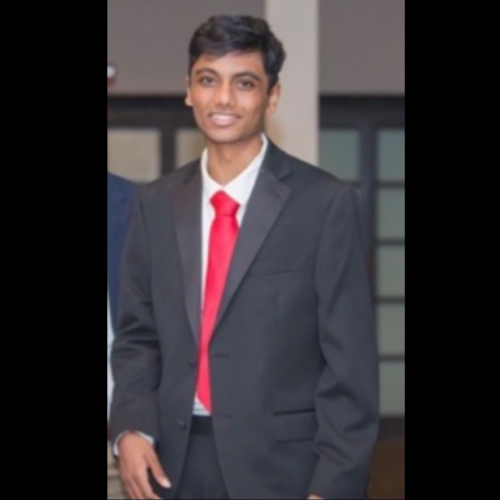 Arkesh Rayhttps://www.linkedin.com/mwlite/in/arkesh-ray
I am a sophomore at The University of Georgia who is currently studying MIS. I have a passion for sports and my favorite teams are the Falcons,Hawks,Braves and Bulldogs.

Three things to do on a Georgia Bulldog Game Day (if...

Top 3 UGA Bulldogs Plays of the Week: UGA vs. Mississippi...

Top 3 UGA Bulldogs Plays of the Week: UGA vs. Mississippi...