Should the U.S. Ban These 7 Goods Too?

There is no debating that the typical American diet is not the healthiest. American cuisine is full of saturated fats, calories, sodium, and sugars. When you think of American food you don’t think of fruits and vegetables, you think of hamburgers, hotdogs, and fried chicken. Yet, most Americans know these foods are unhealthy. It is the processed foods served in grocery stores, vending machines, gas stations, etc that will get you. Other countries seem to have realized this and have banned a lot of common processed food items from their shelves. Should the United States ban these foods too?

Not a huge surprise to most people that Mountain Dew is not a healthy drink to consume. It is full of something called “brominated vegetable oil”. What is bromine? Oh, just your typical flame retardant. If you are questioning what that can do to your body, just know that nothing good. It comes with side effects of memory loss and skin and nerve problems. Because of this ingredient, Mountain Dew is banned in Japan and the European Union. The company might be promoting “Do the Dew” but maybe it is in all Americans’ best interest not to.

What is the harm in puffed rice and marshmallows? Nothing, but those are not the only ingredients found in the beloved Rice Crispy Treat. This snack is mixed with Butylated Hydroxytoluene (BHT) …What a mouthful that is! Not only is this chemical compound added to your favorite treat to preserve it, but it is also used to treat herpes and AIDS. Medicine and food sure do not sound like they should go together! That is surprisingly not the reason Japan and The EU banned it though, BHT is linked to being a carcinogen. Carcinogens are substances capable of causing cancer. You may be buying more than you asked for with Rice Crispy Treats.

One thing that all Americans can agree on is to not mess with their coffee. The FDA did not get the memo until 2018. In 2018, Coffee-Mate was banned in the United States. Why was it banned? Coffee-mate contains a hydrogenated oil that is linked to causing heart disease. Sadly ironic, since their logo is a heart. While it may be banned, it is still circulating in the United States food supply. Next time you are in the creamer aisle of the grocery store, maybe pick up an alternative brand. This coffee creamer has also been banned by Iceland, Norway, Hungary, Austria, Switzerland, and Denmark.

Breakfast may be the most important meal of the day, but if this is the cereal in your cabinet, you might be better off not eating it. Those colors sure do make the cereal look pretty, but what does all the food dye do to your body? Commonly called the “rainbow risk”, It has links to causing behavioral changes in children, migraines, and allergies. Because of this, Fruit Loops are banned in Norway, France, Finland, and Austria. Hopefully, Toucan Sam is doing ok.

You’re not southern if you don’t love a good biscuit with gravy. Before you pop open a can of Pillsbury Biscuits, you may want to consider making your biscuits homemade. It may take longer than a few minutes, but long term, it is better for your health. These buttery biscuits contain hydrogenated soybean oil. This kind of oil is connected to causing heart disease. You may love them, but your heart sure doesn’t. Many Pillsbury’s products are banned in other countries like Japan, the UK, and sections of Europe.

When you need to take breakfast on the go, opt for any other flavor of Nutri-Grain bar than blueberry. You should actually be wary of any artificial blueberry-flavored snack. Most of these fake blueberry foods contain petroleum. While petroleum might be natural, it is also refined to make products like gasoline. Consuming petroleum can cause issues such as brain cancer and nerve cell degeneration. This is banned in the UK, Norway, France, Finland, and Austria. Blueberry snacks are starting to sound a little less appetizing.

Ever wondered why the apples you see at the grocery store are so shiny? They are coated with wax-containing chemicals. They might look pretty, but this healthy snack might be doing more harm than good. The chemicals contained in this sealant have been connected to some forms of cancer. The European Union has banned apples from being sold with this wax coating. If you love apples, luckily there is an easy alternative. If you purchase organic apples, they do not come with wax.

Do you think that the United States should ban these products too? Perhaps, in the meantime, keep your eyes on the ingredients of your favorite snack items. If this has taught you anything, it should be that not all foods are as they seem. 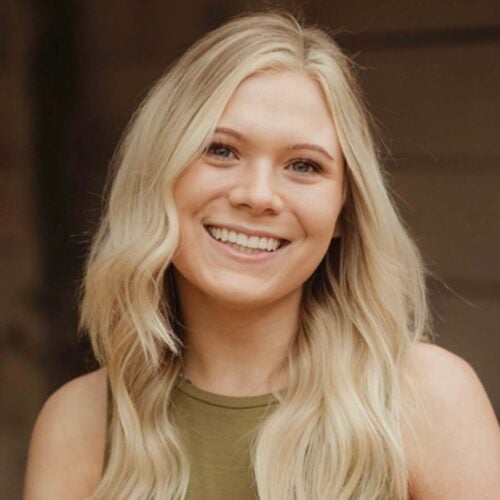 Jessica Voyleshttp://www.linkedin.com/in/jessicavoyles
Jessica Voyles attends the University of Georgia where she is studying advertising. She is dedicated to helping her community by using her God-given talents and compassionate heart. Learn more about Jessica

How to Eat Healthy in College

The True Cost of Ultra-Processed Foods

How to Nurse your Frat Flu Back to Health

How to Nurse your Frat Flu Back to Health

The True Cost of Ultra-Processed Foods