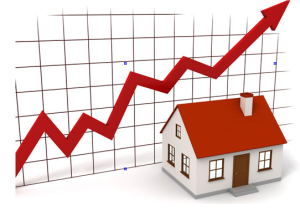 Now is one of the best times since 2005 to put your home on the market, especially if you are living in the Lawrenceville and metro Atlanta area, as homes here in the U.S. are taking less time to sell than a year ago, this according to new data released by The National Association of Realtors on Wednesday.

Between 2004 and 2005, the high-flying years of the housing boom, the median selling time of previously occupied homes was four weeks, NAR said. The supply of homes on the market averaged 4.3 months over the same period.

The July figures, which were derived from a monthly survey of the trade group’s real estate agents, are good news for sellers and come as the inventory of homes available for sale has been tightening.

When it comes to selling your home, you are going to be able to command the price you desire when the housing inventory is comparatively lower.  If too many homes are on the market at any given time, then the increased inventory creates a huge drag on the prices, both in local markets like Lawrenceville real estate and even nation wide.

But when you have inventory tightening, then it becomes more favorable for homeowners to go ahead and put their home on the market and sell.

The trend in homes selling faster also is further evidence that the U.S. housing market is on the mend five years after the housing bubble burst.

The average rate on a 30-year fixed mortgage has been below 4 percent all year, helping to fuel more sales of new and previously owned homes. Sales of previously occupied homes jumped 10 percent in July from a year earlier. Sales of newly built homes, meanwhile, were up 25 percent in the same period.

The sales figures on new and existing homes is very encouraging.  Couple this with the fact that metro Atlanta, especially the Lawrenceville and Gwinnet County area, is one of the fastest growing real estate markets in metro Atlanta.