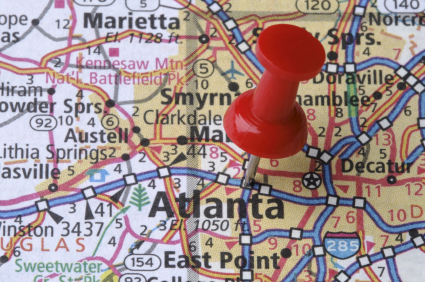 It’s no secret that the entire country has been struggling with job growth.  The fallout of the real estate bubble that started to pop in 2007 has been felt literally all over the world.  The real estate crash nearly brought down the U.S. economy in 2008.  And here recently, Europe has been on the brink of financial disaster which adds even more pressure to the U.S. economy.

However, some business sectors have been reporting gains.  And there’s even been some buzz that the economy – here in the U.S. that is – is actually starting to recover.

Here in the metro Atlanta area, and throughout the state of Georgia, there were an estimated 25,000 jobs lost in 2011.

But in line with the buzz that we are on the front end of a recovery, nearly 33,000 jobs have been created, which includes an upward revision in the professional and business services, government, finance, and insurance sectors.

In the state of Georgia, Atlanta will be leading the jobs recovery as it gains a predicted 37,600 jobs in 2012.  And in 2013, Atlanta is expected to gain another 47,300 jobs, with the employment base growing to 2.4 million workers.

The impact of job growth in the metro Atlanta area will be the biggest factor at driving a recovery in the real estate sector.  As more families are getting back to work and increasing their incomes, more homes will be purchased throughout the city.

All of this will continue to drive the need for strong insurance coverage, both on homes and vehicles.  The increased home ownership in metro Atlanta means an increase in traffic as well.  So ensuring you have adequate insurance coverage in Atlanta is critically important.

3 Tips To Getting Cheap Auto Insurance in Atlanta