Indie Sleaze and the Desire for More Consumption

It’s no secret that fashion trends increasingly come and go faster than the average person can hop on the trend. If you look back at popular trends from earlier this year, you might even think they are out-dated or “old news.”

This sentiment that fashion choices are out-dated is shockingly scary. For one, the average fashion trend is 20 years, but we’re seeing people reject current trends for newer trends within the matter of months. Second, the increased fashion turnover has global implications for our future. Global clothing production has doubled in the past 10 years, and people tend to throw out their old clothes to buy new ones. The real kicker is that on average, people only wear 50% of the clothing they own.

I talked previously about micro-trends and the rise of the micro-influencer in a previous article, and here we are again with another micro-trend to analyze.

The Return of Indie Sleaze

Indie sleaze is a term Mandy Lee, a fashion trend forecaster, coined back in 2021. It’s a resurgence of popular fashion trends from the late 2000s to early 2010s which focuses on an alternative, grimy, maximalist style.

In its prime, this style allowed wearers to fully express themselves through intense prints, colored tights, funky hats, patterned shirts and chunky boots. The beauty of this trend was that people dressed in whichever way they wanted to. It was a combination of confidence and casual wear. 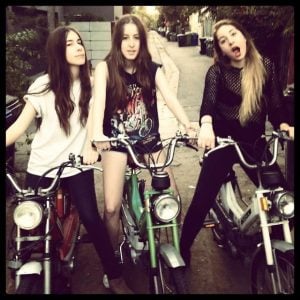 Photo Credit: Guest of a Guest

The style sported dark, smudged makeup and clothing pieces thrown haphazardly across the body while still presenting a put together look. It looked like people woke up and wore the same rumpled clothes and makeup from the night before.

This alternative style allowed people to wear whatever they wanted, combine pieces of clothing in whichever way they wanted to and present a fun, expressive version of themselves to the world around them.

If you need a better idea of what the original indie sleaze trend looked like, think of the TV show, Skins. This show embodied the grungy, misfit look that champions this style. 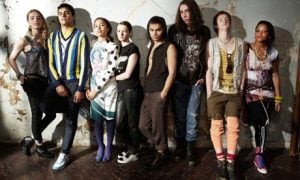 While there’s nothing inherently wrong with indie sleaze as a fashion style, it’s the fast-paced trend turnover that worries people. People can (and should) dress however they want as long as it doesn’t harm other people. Indie sleaze is just a fashion cycle that’s coming back in style, and it is not a bad thing that people want to dress a certain way.

I’d also argue that this alternative style opens the door for people to find their personal style and focus on what makes them happy apart from what’s popular in mainstream culture.

However, the notion that this trend is temporary and people will hop from this to the next trend whenever it’s deemed “out-dated” is what’s truly worrying. Using this resurgence of carefree dress to find one’s personal style is great. What’s not great is hopping on the bandwagon until something shiny and new comes along.

We’ve seen this happen with baby tees, crochet outfits and hibiscus print dresses. While there’s nothing wrong with these fashion choices, many people wore them for a couple months (even weeks) and then quickly discarded them when micro influencers weren’t promoting them anymore.

What’s interesting to me is how the resurgence of indie sleaze comes at the end of the “clean girl aesthetic.” The clean girl aesthetic focuses on minimalistic style: slick back buns, simple jewelry, polished silhouettes and minimal makeup.

This trend focused on presenting a polished look to the public, and these girls were the new “it” girl. After a season of minimalistic fashion, we’re entering a more disheveled, maximalist style season.

What does this mean for consumption? It means people will buy into this trend, fill their wardrobes with the new style, and then discard the clothing once the trend is over.

With Americans consuming clothing at higher rates than ever before, it’s frightening to think of the implications this stark difference of minimalist and maximalist style choices will have on the earth and people around us.

How To Combat Mass Consumption and Trend Changes

It’s fine to adjust your style and try different things to find what works for you. However, moving from trend to trend regardless of if it’s what makes you feel confident is what leads to increased consumption. It’s not necessary to constantly buy new things to fit the current trend.

It’s more sustainable to repurpose your existing clothing, and create your own spin on current trends. This indie sleaze trend leaves room for a lot of interpretation and opportunities for unique style choices. It isn’t necessary to buy a whole new wardrobe, and you can find ways to reuse the clothes you already have.

With the rise of indie sleaze, it’s important to also realize that you don’t need to always buy new things. However, it’s fun to change up your wardrobe, so enjoy your personal style and use clothing to express yourself!