How To Have A Town Hall Meeting On Twitter 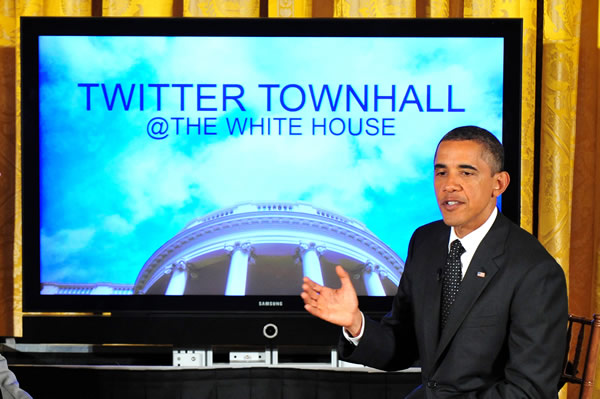 Twitter has grown into one of the most dominant social media forces in the world.  Although it’s mostly used for one way broadcast messaging, the ease of access and unrestricted environment allows for valuable information to flow and reach those who are most interested in what’s being shared.

Twitter is also a great platform to host discussions, or otherwise isolate a particular stream of content.  This is done through the use of hashtags.  For example, a hashtag could be #wtc.  This would isolate all tweets centered around the discussion about the World Trade Center, and other people could get involved by simply sending their own tweet with the hashtag #twc in the message.

This leads me to the idea of holding a town hall meeting for a local city using a predesignated hashtag.  For example, I live here in Athens, Georgia.  And let’s say Athens wanted to host a town hall meeting via Twitter.  We would simply need to create a hashtag called something like #Athens2012.  Now, people would be able to follow the #Athens2012 Twitter stream and see what people are saying.  Better yet, Twitter users could get involved by adding their own #Athens2012 hashtag to their update and have their message flow into the conversation for all to see.

Of course, this strategy can really be used for just about any curated or isolated area of discussion.  All that needs to happen is for you to create a hashtag and then promote that hashtag to encourage others to get involved.

What do you think?

Ready to start a town hall meeting for your city?