History of Elvis Presley: The King of Rock and Roll 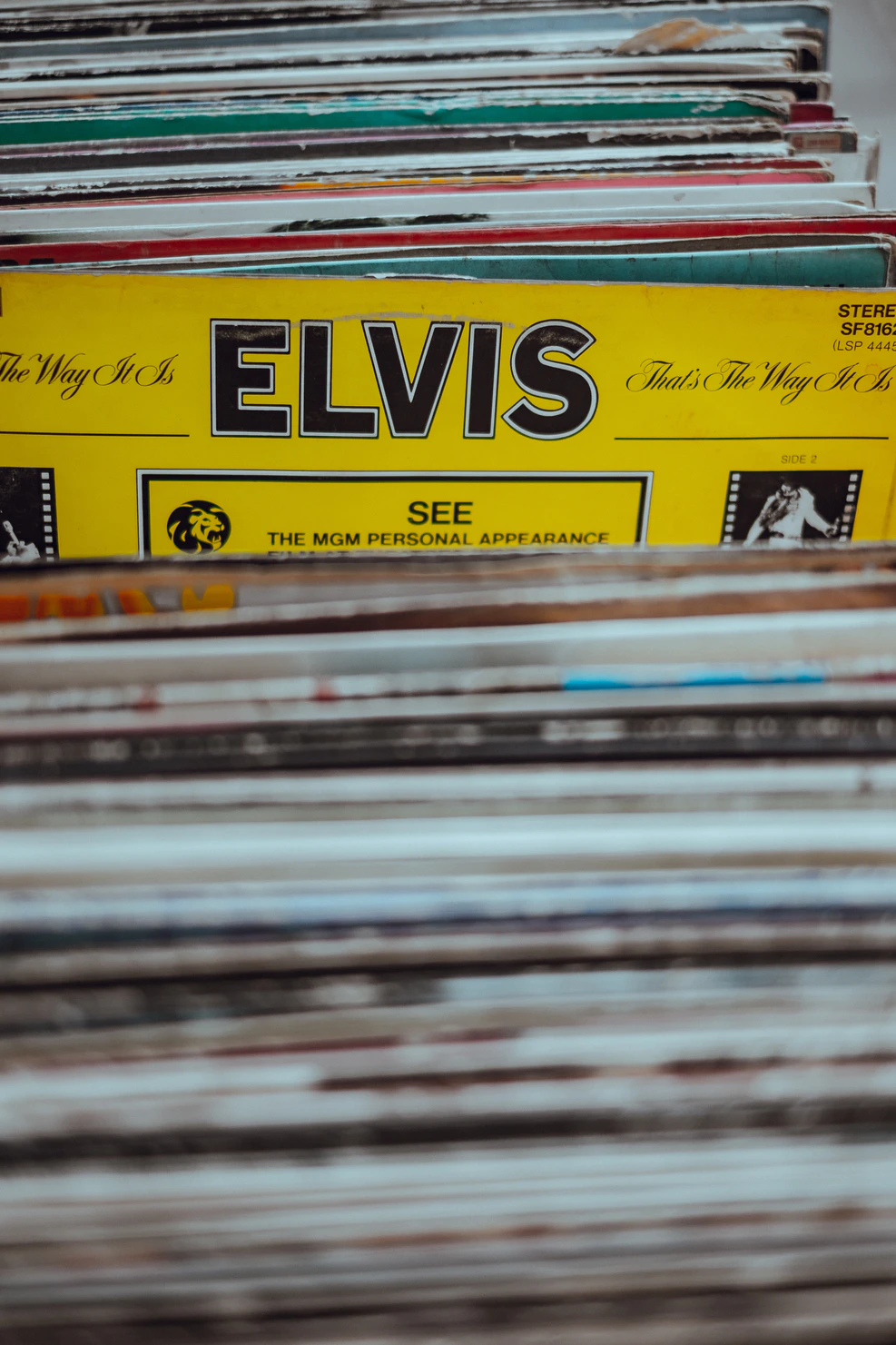 On June 24th, 2022 the new movie Elvis was released starring Austin Butler as Elvis Presley. Since the movie hit theaters, many people have sparked an interest in learning who Elvis Presley was and the life he lived. In this article we will go into all things Elvis Presley; his life, his music, and his legacy.

Elvis had a difficult upbringing. He was not born into money and had to work for the things he wanted, oftentimes working to help support his family. When he was thirteen he moved from Tupelo, Mississippi to a low-income neighborhood in Memphis, Tennessee with his family. Despite his financial status, he had a very close-knit bond with his parents, especially his mother, Gladys Presley.

What made Elvis extraordinary in his time was his ability to blend music genres. He grew up listening to pop, country, gospel music, and R&B. These influences later gave him the sound and moves, unlike any artist in the decade.

Elvis’s musical talent was discovered when he was in elementary school. His first exposure to a stage was when he sang in the choir of his local church in Tupelo, Mississippi. From there on, he fell in love with music and entered many talent contests as he aged.

In high school, Elvis stood out from other kids his age. He was considered to be a misfit and did not try blending in too much. During a high school talent show in 1953, Elvis performed and received applause he had never experienced before. Many believe this was the first time he felt accepted among his peers.

Elvis’s performance style sparked much controversy in the 1950s but how did his dance moves originate? In 1954, Elvis was preparing to sing at his first paid gig but he was so nervous that his legs were uncontrollably shaking. Instead of trying to hide it, the singer decided to embrace it, thus beginning the frenzy. Many also attribute his dance movies to the African American influences he had.

In 1959 while Elvis was in Germany serving for the U.S. Army, he met Priscilla Beaulieu. Elvis was still mourning the loss of his mother, who had died in August of 1958, less than a year before. Priscilla reminded the young star of his mother and was instantly drawn to her. She was 14 when they met and Elvis was 24. While it was acceptable to have wide age gaps at that time, 14 was controversial. The couple remained quiet about the relationship for many years and eventually wed when Pricilla turned 21 in 1967.

Elvis gave the world many songs. During his life, he recorded around 700. Out of those, some of his most popular songs were Jailhouse Rock, Hound Dog, Can’t Help Falling in Love, Burning Love, and A Little Less Conversation. What makes Elvis’s legacy so powerful is that he contributed to making R&B music popular among the masses. Elvis produced music for people to enjoy no matter their income, age, gender, color, or anything else, he sang for everyone.

Elvis faced many hardships throughout his short life. He was deeply troubled and was dependent on medications to keep him moving, more so in the later years of his life. A lot of people blame his manager, Colonel Parker for his death, but why? Colonel Parker had his issues and hid the two most important things about himself from Elvis and the rest of the world; who he was and where he was from. Worst of all Colonel Parker never had a U.S. Passport. Elvis’s dream was to go international with his music but Colonel always pushed it off and kept him to contracts in the states. He did travel to Canada in 1957 but his manager never went with him.

While many agree that Colonel Parker was suspicious, what made him so destructive to Elvis’s career? For one, Parker charged a lot for his services. He took 50% of Elvis’s earnings. His payment only added to his control over the singer. Elvis did try to get out of his contract with Parker, only to find that if he did he would be broke. He was bound to the Colonel up until he died in 1977, at the age of 42.

What Caused the King of Rock’s Death?

Elvis passed away in his Graceland Mansion from what doctors believe was heart failure. While that may have been the stated cause, his overuse of medications played a large role in the singer’s early death. His doctor, Dr. George Nichopoulos, used to give Elvis excessive amounts of prescriptions, totaling at 12,000 pills in 20 months. These pills were used to help control the star while they traveled for shows. After Elvis’s death, Dr. Nichopoulos was suspended from his medical license for three months, later having it fully stripped from him in 1995. Due to the Colonel’s knowledge of Elvis’s pill use, many blame him for the star’s death as well.

Even though Elvis did not live a long life, he left a large impact on America and the rest of the world. During a time of racial war, Elvis spread unity by popularizing R&B music. He also made sure to give credit to his African American influences and would name many blues singers in interviews. In a society that restricted black music, Elvis found an opening.

Jessica Voyles attends the University of Georgia where she is studying advertising. She is dedicated to helping her community by using her God-given talents and compassionate heart.