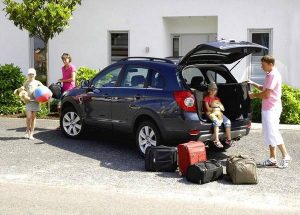 First, let me say that if you live in the metro Atlanta area and you feel that your auto insurance rates might be too high, then you need to call Waggoner Insurance today and let do an evaluation of your policy.  There’s nothing more frustrating than to realize that you’ve been paying too much for your auto insurance.

I say that because the controversy continues surrounding the rates that major insurance companies are charging the middle class in America.  And the recently, Atlanta – along with 14 other cities – were part of a survey conducted by the Consumer Federation of America that found that major auto insurance carriers were very inconsistent with their quotes to middle class drivers.

According to The New York Times, consumer advocates said they were concerned that more than half the quotes for annual coverage were at least $1,000, and almost a third at least $1,500, which are burdensome for moderate-income workers. For such drivers, advocates say, the cost of insurance is often more of a factor than the cost of the car itself — and is a big factor in why many consumers drive without insurance, even though all states but one (New Hampshire) make it compulsory.

Federation representatives also said it was puzzling that the same, hypothetical consumer, in the same geographic location, was quoted widely divergent prices by different auto insurers.

“Why do prices quoted to consumers in the same areas often vary so much?” Steve Brobeck, executive director of the federation, said in a conference call with reporters.

This is problem that has more than likely happening for quote some time now.  However, consumer advocacy groups are starting to take notice which could spell big trouble for the major insurance companies.

So what do you think about this issue?  Would you agree that auto insurance companies are charging too much for drivers who are considered middle class?

How To Find The Best Auto Insurance Rates