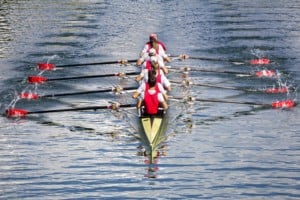 When I was a team leader in the 1st Ranger Battalion, I remember talking occasionally about force multipliers.

In the context of our military missions, a force multiplier was any single variable we could add to a situation that would deliver an exponential advantage over the enemy or objective.

A force multiplier is basically anything that gives you exponential leverage in any scenario or situation.

For example, by working together as a team, 3 people could achieve more leverage by a scale of magnitude than any one or two individuals could achieve by themselves.

So by adding a third person, you weren’t just achieving 33% more; we would actually achieve 100X more.

This is a force multiplier.

I want to quickly list out some of the force multipliers I’ve seen in SEO that unlock not just a 10X or 20X return on results, but SEO force multipliers that continually deliver 100X on rankings and productivity in search.

Commonly referred to as local citations or Google Map citations, the process of citation distribution is a force multiplier in SEO because the impact – growth in authority – grows exponentially over time.

For example, if we publish 100 local citations for a client, we may see a 45% increase in Google Map views in the 2 months that follow.

The exponential power and impact of local citations cannot be emphasized enough to do it justice.

Suffice it to say that citations for local SEO are definitely an SEO force multiplier.

Along with implementing the first instance technique, you can further multiply the impact by making the phrase bold.

I actually implemented the first instance technique in the opening paragraph above of this section above (did you notice that?).

Notice how I used it as the first 4 words in the first sentence within the opening paragraph of this section.

Also notice how I made those 4 words bold font.

This is an example of the first instance technique and it’s a powerful SEO force multiplier.

The first instance technique is something I learned early on from studying Wikipedia pages.

Go to any Wikipedia article and you’ll see a mastery level use of the first instance technique.

For example, check out the Abraham Lincoln Wikipedia page.

But the notice has the phrase Abraham Lincoln is used as the first instance in the meta title, meta description, and these are the first 2 words in the first sentence in the opening paragraph.

Also note the phrase Abraham Lincoln is in bold font.

None of those granular details are by accident because Wikipedia understands, perhaps better than anyone, the force multiplication effect of the first instance technique in SEO.

The final force multiplier in SEO that I want to show you is the power of outbound linking and internal linking.

These could really be broken out into their own force multipliers, but I figured I’d combine them because they are easy enough to talk about in tandem.

First, let me start with the power of internal linking.

The most authoritative websites in the world focus on internal linking at a very large scale.

Also take a look at the Abraham Lincoln page I referenced above.

You would be challenged to go one sentence in the Abraham Lincoln Wikipedia page without seeing a link pointing to another Wikipedia page.

This is because these sites understand the multiplication power of internal linking.

The strategic and effective your internal linking structure is, the more authority you’ll unlock for your website and the higher you’ll rank in search for relevant keyword phrases.

I provided a comment to Alexa blog once where they asked me about the importance of outbound linking and you can see that article here.

To make it simple, I’ll just quote what I commented to Alexa:

“Outbound links bring balance and authenticity to the overall SEO health of a page. If you think about it, the highest-quality articles submitted for professional reviews always reference their sources. Outbound links help achieve authority in the same way when you reference the sources used in the creation of your content.”

Again, referencing the Abraham Lincoln article on Wikipedia, you’ll find nearly 200 references and citations which are all outbound links to authoritative resources.

In essence, I believe Google sees sites with heavy use of internal and external links as more authoritative and higher quality.

And the impact on authority and quality will always result in higher rankings, more traffic, and more productivity from your presence in Google search.

Outbound Linking, The Secret Sauce To ‘Trust & Authority’ For Top Rankings in Google