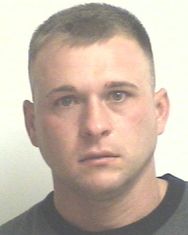 Straight out of Monroe, Georgia, a sheriff deputy finds himself in hot water as he faces DUI charges after wrecking his patrol car in Walton County.

It’s never a good thing to be charged with a DUI, regardless of where you are and under any circumstances whatsoever.

But don’t you agree that a DUI charge and DUI arrest is about 100 times worst if you are actually a deputy sheriff, AND you are you driving around in your deputy sheriff car when you get in wreck as a result of drinking and driving?

According to Online Athens, Georgia State Patrol officials say Gwinnett County Deputy Robert Christopher Matt is charged with driving under the influence, leaving the scene of an accident, failing to maintain lane and having an open container of alcohol.

The Atlanta Journal-Constitution reports (http://bit.ly/SCmAY1) that the deputy’s vehicle ran off Georgia 81 around 1:20 a.m. Wednesday, struck an embankment and overturned several times. He was taken to the Walton County Jail. Jail records did not indicate whether he has an attorney.

A 27-year-old Lawrenceville woman who was a passenger in the patrol car was taken to Gwinnett Medical Center for treatment.