Attorney Careton R. Matthews has been a zealous courtroom advocate throughout metropolitan Atlanta for the past 20 years. read more 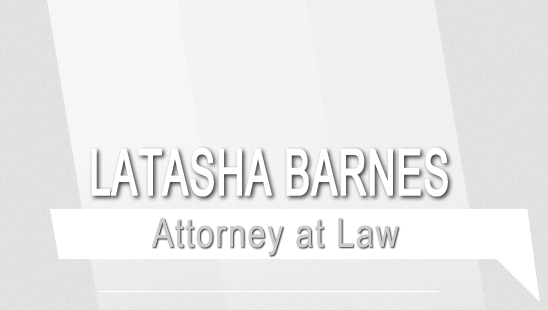 One moment you are taking in nature’s beauty with the sun’s rays on your face as you hike up the scenic Stone Mountain Park. The next minute you find yourself sitting in a holding cell being charged for driving under the influence.

Pump the brakes! What just happened?

Believe it or not this scenario happens more often than one might think.  Truth be told in the US alone according to a study done by Statistic Brain, about one thousand two hundred fifty drivers out of every one hundred thousand are arrested every year for either a DUI or DWI (Driving While Impaired) offense.  Basically, this means that one out of 80 drivers find themselves standing trial or listening to a judge hand out a DUI Conviction.

The earlier narrative is an attempt to elicit an emotional response of how one minute you might be enjoying yourself and the next your life has taken you on a rollercoaster you thought you would never ride. It is an overly exaggerated example.  Absent from this scenario is the reasoning behind why this person was thrown into a metro Atlanta jail cell.

So, let’s take a plausible plot:

One brisk summer afternoon you and your friends spend the day hiking up and down Stone Mountain Park in Georgia. After an exhausting but fun filled day you and all take a quick drive to Off The Clock Sports Time Bar and Grill for some grub and a few cold brews.  A few hours pass and you all decide to head back to your Country Inn & Suites By Carlson, hotel in Stone Mountain, GA.  For a second you realize you may have had too much to drink but just a few moments later you decide to drive instead of walk to the hotel.  It is only a little over a mile away, so what could happen? Fast forward and the wrong way entrance to the hotel you came in through alerted the patrolling cop car and now here you sit, thinking “what if,” and figuring out if you can beat the charges yourself, or if you should contact a metro Atlanta Area Law firm.

And that is exactly what happens every day in the US. Not exactly in the way this narrative reads but millions of people are charged every year for a DUI or DWI arrest.

In fact you or someone you know have dealt with some form of a DUI especially in cities like Stone Mountain, GA where the population if just under 6,000 residents according to the 2010 Census stats. With a relatively small number of residents the people there need not go too far to locate the city’s Top Georgia DUI Lawyers.

A bail bondsman who can be also referred to as a bail bondsperson, bail bond agent or bond dealer is any person, agency or corporation that will act on your momentary behalf to ensure you are released from jail in a timely manner. A condition for this act stipulates that you agree to appear at your hearing on the date specified by the court.  Failure to appear in court allows the bail bonds agent, by law to search you out, detain you and bring you the jurisdiction of the court whether it be at the Stone Mountain, GA Court Services or the DeKalb County Clerk of Superior Court.

After being released from jail the adventure of hiring the right law firm to represent you begins.  Many people sit in front of their desktop, laptops, MacBook’s, tablets, or mobile devices for hours Googling where to find the most qualified DUI/DWI attorneys in Stone Mountain, Georgia.  They search domains such as: lawyerland.com, superlawyers.com, and avvo.com.

Many people have found success in websites that offer the top 3-5 lawyers in the city simply because they clicked on:  Top Rated DUI lawyer in Stone Mountain Georgia.

This site specifies the most prominent and top rated DUI Attorneys in Stone Mountain and the surrounding DeKalb County. All of these attorneys are licensed by the American Bar Association and have extensive knowledge of DUI laws because of the countless hours in the courtroom that led them there after studying at their respective university college of law.

Whichever criminal defense lawyers you choose, they will work hard to develop the best possible game plan that might keep you from serving any jail time and reduces any fines incurred because of the DUI/DWI arrest. A first-time DUI case involving just yourself is one of the better cases to ensure minimal fines and convictions.  However, when the case involves a vehicular homicide, then many people seek out DUI Trial attorneys who have the right experience in dealing with jury trials.

Why retain a Stone Mountain Georgia Criminal Defense Attorney after a conviction?

There are a number of valid reasons what you should a DUI/DWI especially if after a verdict has been given. Your conviction doesn’t magically disappear after the judge and /or jury deliver the final verdict, that is unless your case was dismissed or the charges were dropped.  After the final judgement, has been logged a person dealing with the DUI conviction has every right to appeal the verdict.  With all the legal jargon or all the paperwork and steps needed to have your case heard by the court of appeals it is not only smart but also the right thing to do to have a top-rated DUI Stone Mountain lawyer on your side.

Suspension is automatic: Driver’s 21 years of age or older will have their license subject to suspension whether it is alcohol or any other drug.  Also, if you refuse a chemical test or DUI test.

No one wants their driving privileges taken from them.  A person may grow weary or impatient and risk driving to work or even run errands before their license is reinstated.  If they are caught by law enforcement it may result in a probation violation and jail time.  How long it will be before you can get behind the wheel is determined through a number of different criteria including but not limited the number of DUI offenses committed and their specific circumstances.  A person can also face longer driver’s license suspensions depending on age.

It is imperative that you seek the most qualified Stone Mountain DUI attorney.  Hiring the right attorney can be the difference between a dismissal or conviction. Even if your trial lawyers are unable to have the charges dropped a dui lawyer with years of experience can either get the sentence reduced and/or even limit suspension.

Which is the right Stone Mountain, GA DUI Defense Attorney to hire?

There are a number of factors an individual facing a DUI/DWI conviction should consider when hiring a top Stone Mountain Georgia Lawyer.

How familiar is the attorney with DUI Cases not only in Stone Mountain but also in both DeKalb County and in the state of Georgia?