Be the #1 featured attorney / law firm in Top DUI Lawyers in Chamblee, Georgia. 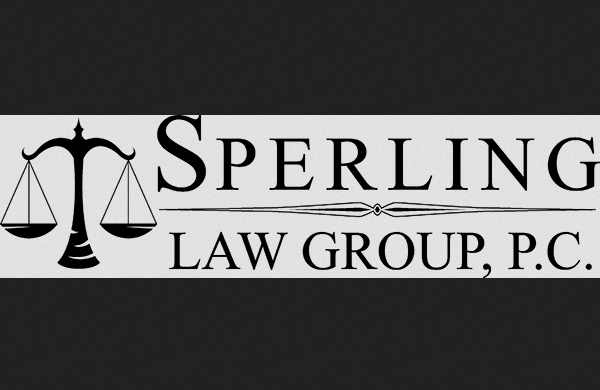 Attorney Jean C. Sperling has over 15 years of experience, starting his practice since 1999 in the areas of criminal defense and Immigration-deportation defense. read more

So much diversity can help shape a town’s look and give residents the opportunity to learn from each other and educate themselves on all the positive differences each ethnicity brings.  But there is one thing that all these races share in common. Each of them have experienced or know someone, regardless of origin, who has dealt with a driving under the influence or driving while impaired charge. The truth is DUIs do not strike only a certain group of people -No one is immune.

In the USA, according to StatisticBrain.com, each year around 1,500,000 drivers are dealing with either a DUI or DWI arrest.  That means 1 in every 80 drivers are taken into custody because of a DUI Law violation.   The statistics also include drivers who were arrested without ever being convicted of a DUI or DWI.  How is that possible?  Law enforcement can arrest an individual driver who they feel are impaired even after passing a Field Sobriety Test.

You are coming back from a late Saturday night in Atlanta, Georgia from watching the Georgia Bulldogs trample Alabama.  During the game, you helped yourself to one or three beers between the hours of 8pm and midnight.  As you hop on 1-85 north and head back to UGA campus you notice in the far off distant a faint flicker of red and blue lights. A couple of seconds later you hear the sirens and realize they are aimed at you, so you pull your vehicle over to the side of the road.  A little nervous, you think to yourself, “could I be impaired,” moments later you are sure you are not drunk and the nerves subside a little.  The Fulton County police officer informs you that you were driving 10 miles per hour over the speed limit and asks for your paperwork.  The officer then asks you if you have any drugs on you or if you’ve been drinking.  Since you seem confident that you are not impaired or are in possession of a controlled substance, you answer truthfully. You had about three beers during a four-hour span. With your truthful submission, the law enforcement official now has cause to administer a Field Sobriety Test, which you pass.  You breathe a sigh of relief, which immediately turns into heart racing palpitations because the officer has wrapped your wrists in those cold medal handcuffs and explains that you are being arrested for a DUI under the suspicion of being intoxicated.

Yes! That can and does happen not only in Chamblee, Georgia but in DeKalb County as well.

Rare as these cases may be these types of situations happen numerous times per year. This is why it is always important to consult a Top Rated DUI lawyer in Chamblee Georgia after a DUI or DWI arrest has been made. These attorneys, some with more than 20 years of experience, will provide you with sound advice in handling this situation.

The truth is that passing a battery of field sobriety tests doesn’t always assure you a passage back home. Many legal experts and some law enforcement officials acknowledge that FSTs can be interpreted as highly subjective absent of scientific procedures that are administered by police officers primarily in determining if the driver may be intoxicated as a way to issue an arrest.

Should I Submit or Refuse to Take a Field Sobriety Test?

That is an aged old question.  Some people tell you that it is a good idea to follow the law and submit to the test while others bring up these rare scenarios and attempt to persuade you into refusing the test.  However, always keep in mind that under Georgia’s implied consent statute you are required to submit to any breath, blood, or urine test that an officer should requests. If you refuse to do so you are subject to your driver’s license being suspended and can alter the outcome of your pending case.

A bail bondsman who can be also referred to as a bail bondsperson, bail bond agent or bond dealer is any person, agency or corporation that will act on your momentary behalf to ensure you are released from jail in a timely manner. A condition for this act stipulates that you agree to appear at your hearing on the date specified by the court.  Failure to appear in court allows the bail bonds agent, by law to search you out, detain you and bring you the jurisdiction of the court whether it be at the Chamblee, GA Municipal Court or the DeKalb County Clerk of Superior Court.

After being released from jail the adventure of hiring the right law firm to represent you begins.  Many people sit in front of their desktop, laptops, MacBook’s, tablets, or mobile devices for hours Googling where to find the most qualified DUI/DWI attorneys in Chamblee, Georgia.  They also search domains such as: Findlaw.com and avvo.com.

One of today’s most popular websites where many people have found success locating a qualified DUI attorney is: Top Rated DUI lawyer in Chamblee Georgia. This website specifies the most prominent and top rated DUI Attorneys in Chamblee and DeKalb County. All of these attorneys are licensed by the American Bar Association and have extensive knowledge of DUI laws because of the countless hours spent in the courtroom.

In the state of Georgia vehicular homicide has two classifications: First Degree and Second Degree.

A first-degree vehicular homicide involves a person who is under the influence of alcohol or any other impaired substance causing the death of another person. Albeit there are other violations that fall under First –Degree Vehicular Homicide.

The second-degree vehicular homicide, which is less serious, is defined as causing the death of another while violating other traffic offenses.

The penalty for such charges always depend on the circumstances but possible consequences for a first-degree offense are:

In these such cases your criminal defense attorney might make a motion for a change of venue possibly to a bigger court house like the Cobb County State Court. This action is taken by the DUI Lawyer because he/she feels a change of venue might field a better outcome. A vehicular homicide arrest is not something to be taken lightly as it comes with some serious consequences. If you or anyone you know is facing such an arrest you are urged to consult a with a criminal defense attorney right away. The facts of every case are different. An experienced defense attorney can explain how the law applies to the facts of your case and help you decide on the best course of action.

There is no denying that for years Georgia lawmakers have spearheaded legislation that classifies driving under the influence as a criminal offense. For these reasons and a number of others many criminal defense attorneys argue on behalf of their client on multiple counts in their DUI Cases. At the same time the defendant must work with the Georgia department of motor vehicles in order to work on checking off the necessary items needed as a way to reinstate their driver’s license.

Why retain a Chamblee Georgia Criminal Defense Attorney after a conviction?

There are a number of valid reasons on what you should do after a DUI/DWI arrest especially when a verdict has been given. Your conviction doesn’t magically disappear after the judge and /or jury deliver the final verdict, that is unless your case was dismissed or the charges were dropped.  After the final judgement has been logged, a person dealing with the DUI conviction has every right to appeal the verdict.  With all the legal jargon or all the paperwork and steps needed to have your case heard by the court of appeals it is not only smart but also the right thing to do to have a top-rated DUI Chamblee lawyer on your side.

These expert attorneys will provide all the heavy lifting and guide you through the process and clear up any misinformation you may have been given.

Suspension is automatic: Driver’s 21 years of age or older will have their license subject to suspension whether it is alcohol or any other drug.  Also, if you refuse chemical testing or DUI test.

No one wants their driving privileges taken from them.  A person may grow weary or impatient and risk driving to work or even run errands before their license is reinstated, which if they are caught by law enforcement may result in a probation violation and jail time.  How long it will be before you can get behind the wheel is determined through a number of different criteria including but not limited the number of DUI offenses committed and their specific circumstances. A person can also face longer driver’s license suspensions depending on age.

Any individual who is age twenty-one (21) or older and who was convicted in the of a DUI in the state of Georgia faces a possible suspension or revocation of their driver’s license or non-resident driving privilege for a period of 120 days to five (5) years depending upon the prior driving record. Furthermore, as a result of the driving under the influence conviction an individual can be subject to suspensions and/or revocations imposed upon Georgia residents by courts in other states.

The 2010 Georgia code § 40-6-391 defines a long lists the specific consequences when driving under the influence of alcohol, drugs, or other intoxicating substances. A number of penalties will incur. It also defines penalties of publication of notice of conviction for persons convicted for a second time and endangering a child.

It is imperative that you seek the most qualified Chamblee DUI attorney.  Hiring the right attorney can be the difference between a dismissal or conviction. Trial lawyers with years of experience can either have convictions reduced or even limit suspensions.