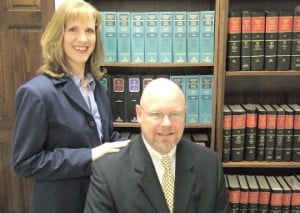 He spent six years as a prosecutor in one of the busiest jurisdictions in the country, Broward County, Florida. In his time there Brent prosecuted over 200 jury trials concerning everything from D.U.I. and other misdemeanors to second degree murder. Brent now concentrates his practice on the defense of al types of criminal and traffic matters as well as divorces, modifications in child custody, child support and alimony, guardianships, personal injury actions, business formation and general corporate work as well as general defense of civil matters.

Brent has practiced in both state and federal courts and is a member of the Cobb County Bar Association and the Acworth Business Association.

Stephanie S. Curd graduated from the University of Alabama College of Commerce and Business Administration in 1989 and the Georgia State University College of Law in 1994. She has been a member of the Florida State bar since 1994 and the State Bar of Georgia since 1995.