Brandishing a Weapon: Everything You Need to Know to Defend Yourself 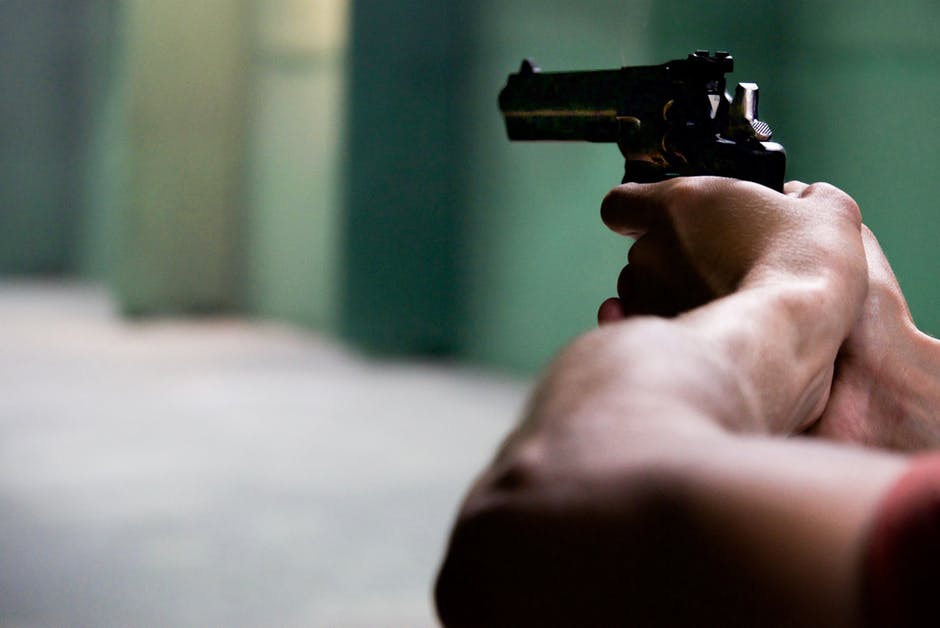 Pointing your gun is not like pointing your finger. Nearly three-quarters of murders in 2019 involved the use of firearms.

That’s why Georgia takes brandishing a weapon so seriously. Yet a prosecutor can overreact to a gun coming out of a holster. If you are faced with weapons charges, you need to be knowledgeable.

What is brandishing a weapon under Georgia law, and what are some related offenses? What are the criminal penalties you may face? How can you defend yourself from a brandishing charge?

Answer these questions and you can use your firearm without criminal penalties. Here is your quick guide.

There are several laws that affect brandishing a weapon and defensive gun use. In order to launch a strong defense, you need to understand each of them.

Section 16-11-125.1 of the 2020 Georgia Codes defines different kinds of weapons. A handgun is a firearm that discharges bullets out of a barrel smaller than 12 inches. This definition includes pistols and revolvers.

The definition excludes guns that discharge bullets that are .46 centimeters or less in diameter. Some deringers and antique guns fall under this exclusion. This does not mean that deringers have no regulations, but Georgia law is more lenient to them.

A long gun is a firearm with a barrel length of 18 inches or longer. The overall length of the gun must be at least 26 inches. The manufacturer must intend the owner to fire it from the shoulder and use a shotgun shell or a metallic cartridge.

A weapon can be a knife or a handgun. A blunt object like a baseball bat does not count as a weapon.

Section 16-11-102 provides the definition of brandishing. Someone is guilty of a misdemeanor when they point their firearm at another person, regardless of whether their gun is loaded or not.

They must do so intentionally and without any legal justification. Picking up a gun to load it or move it would not count as brandishing. Defensive gun use would also not count.

The law refers specifically to handguns, but people have been charged for pointing long guns at others. There is no specific law that applies to knives.

Handling a gun without a license and possessing a dangerous weapon are not brandishing. Yet they are separate offenses that can land a person in jail. Having a concealed carry license is not a defense against brandishing.

Some people charged with brandishing a weapon can have their charges reduced to disorderly conduct. Disorderly conduct occurs when an individual acts in a violent manner that makes another person feel afraid for their safety.

Someone does not have to be hurt by the violent action. The action can be non-verbal, though a verbal threat can count as disorderly conduct even without physical action.

It is also possible for a person to receive a simple assault charge. It occurs when an individual attempts to injure someone else. It can also occur when a person does something that makes another person feel like they are at threat of an injury.

As with disorderly conduct, a verbal threat is not necessary. Pointing a gun at someone can make a person believe that they will receive an injury in a short period of time.

In rare cases, a person brandishing a weapon can get charged with aggravated assault. This is a felony offense that occurs when someone uses a weapon to assault another person. Simple assault can escalate to aggravated assault if a person punches someone and then pulls out their firearm.

In 2020, a Georgia Senate panel approved legislation that would amend brandishing laws. Senate Bill 224 would require an individual to use their firearm in a threatening manner before they receive an aggravated assault charge.

Some activists and media commentators have said that this law would “legalize” brandishing a weapon. That is not the case.

A person who chooses to shake menacingly with their firearm faces criminal charges. Pointing a gun at someone else still creates the potential for simple assault.

Senate Bill 224 is still pending. Georgia politicians are more focused on other issues, so it may take some time for the bill to work through the Senate. Remain attentive to the news and see how the bill changes through time.

Though brandishing a weapon is a misdemeanor, it carries significant criminal penalties. Someone faces up to 12 months in prison and a $1,000 fine.

Disorderly conduct does not often lead to prison sentences, but it can result in fines. Being convicted of a misdemeanor produces a criminal record, which can make it harder to get job opportunities.

Simple assault is another misdemeanor offense, yet it is one that the court takes seriously. Simple assault against family members or public servants can land a person in prison for months.

Aggravated assault carries extreme penalties. Someone faces up to 20 years in prison, even if no one got hurt.

There are a few legal defenses open to defendants. A person can claim they had legal justification to draw and point their firearm. Someone may have threatened them or done something to provoke the action.

A defendant’s own testimony is very important. Cases can boil down to witness testimonies and the credibility of witnesses.

If you are faced with a brandishing offense, you need to talk to a lawyer about what you will say. Figure out how courts evaluate eyewitness testimony and incorporate common practices into your defense.

The Essentials of Brandishing a Weapon

You can commit brandishing a weapon without knowing it. If you point or wave your weapon in a manner that makes someone feel threatened, you can face charges.

A judge may change your charge to disorderly conduct or assault. Even if you are facing a misdemeanor charge, you can go to prison and develop a criminal record.

Your witness testimony is essential to your defense. You must tell the judge that you felt threatened or you didn’t intend to threaten someone else.

At Jarrett Maillet J.D., P.C. we bring over 10 years of experience in the field of criminal law.

Everything You Need to Know About Voice Search SEO