Criminal Defense Attorney and DUI Specialist William C. Head has become one of the leading figures when it comes to Georgia DUI/DWI laws.  “Bubba Head,” a nickname that many in the law community have come to know William as, has represented thousands of clients facing criminal charges, with particular emphasis on alcohol and drug related cases.

From his north Fulton County law office of William C. Head, P.C. in Atlanta, Georgia, the veteran DUI and Criminal Defense Lawyer has authored a slew of drunk driving books including his first DUI law book, “101 Ways to Avoid a Drunk Driving Conviction,” which garnered him a role as a legal expert following the publishing of his book in 1991. In addition, in 1995 Bubba Head launched the first successful DUI-DWI lawyers’ directory, www.DrunkDrivingDefense.com.

Throughout the years the Atlanta DUI lawyer has become well-known in all corners of Georgia, not only for his continued work as an author and co-author of over a dozen books on DWI-DUI laws, but also as a guest speaker at hundreds of legal seminars for DUI attorneys, judges and police officers. For more than 20 years he has worked with the world’s largest legal book publisher, Thomson-Reuters, who have seen William’s book, “Georgia DUI Trial Practice Manual,”  become the top-selling book on Georgia DUI law.  As a DUI defense lawyer in Georgia, Bubba Head has developed a stellar reputation that shows on his lawyer ratings – top among any other DUI defense lawyers in the state.

Furthermore, Mr. Head is one of only four DUI lawyers in the State of Georgia to become Board-Certified, a rare feat in the criminal attorney field. In 2003, William C. Head was and still is the only lawyer in the country to be voted best DUI Lawyer in America, a vote cast by the members of NCDD.com.

Almost a decade later in 2012 and 2017, Twice Best Lawyers in America named him as Atlanta’s top DUI lawyer. A year later in 2018, William C. Head was once again recognized but this time by Martindale-Hubbell, who honored him with the “preeminent and highest possible ethical” ratings given to attorneys who are rated at the highest possible level for their trial skill and ethical conduct. During that same year Bubba Head made it onto the list of Georgia Super Lawyers for his continuous high ratings.

William’s journey in becoming such a sought after and highly rated DUI defense attorney began over four decades ago when he earned a bachelor’s degree in history from the University of Georgia, graduating with honors. He continued his studies in Athens at UGA’s School of Law where in 1976 he obtained his law degree (Juris Doctor) and has been practicing law in Georgia since.

In addition to his formal education, William C. Head took it upon himself to seek additional legal training through the Georgia Association of Criminal Defense Lawyers, the National Association of Criminal Defense Lawyers, the American Academy of Forensic Sciences, the National College for DUI Defense, for NHTSA standardized field sobriety tests (practitioner and instructor), Intoxilyzer breath alcohol device training, and laboratory blood and urine training for various types of analytical equipment. He is also one of probably just a dozen or so DUI attorneys in America who expanded his knowledge of the effects of alcohol on the human body after completing the famed Borkenstein Forensic Alcohol Course (in Bloomington, IN).

All his training and continued education has been beneficial to him and for his clients, for whom he does all the extensive training for. In his 41-year legal career, the man known as Bubba Head has argued or been a part of criminal cases in over 300 different courts, and nearly 100 different Georgia counties. His sound legal expertise has not all been relegated to the Peach State as William has ventured outside the State of Georgia on both felony and misdemeanor cases, when his legal services were needed.

Mr. Head loves the opportunity to share his wealth of knowledge with anyone asking for it.  It is impossible for home be in multiple places at once so throughout his more than 30 years of practice he consistently authors and co-authors several articles as well as  DUI defense books, as his way to reach a broader audience. His lectures and seminar talks on DUI topics have been heard in many conferences and seminars, including judges’ seminars and two American Bar Association judges’ conferences.

As the aforementioned DUI specialist, due to the specialized training he’s received, Mr. Head is also a member of several local and national professional organizations such as the Georgia Trial Lawyers Association; Georgia Defense of Drinking Drivers Institute; the American Association for Justice; the American Academy of Forensic Science; the International Association for Chemical Testing and the International Council on Alcohol, Drugs and Traffic Safety. In 2013 Mr. Head became a Charter Member of DUIDLA, which is another national organization of criminal attorneys dedicated to the aggressive defense of drinking and drugged drivers. Both of his partners, Cory Yager and Larry Kohn, became founding members of that organization.

William C. Head is a life member of both the Georgia Association of Criminal Defense Lawyers and the National Association of Criminal Defense Lawyers. In 1995 he played an instrumental role in establishing the National College of DUI Defense and was one of the first 12 Regents. The previous year he began Mastering Scientific Evidence in DUI-DWI Cases.

Bubba Head prides himself in putting his clients’ needs ahead of his own financial gain. That is why he PREFERS his Atlanta DUI attorneys to always have a face-to-face meeting with a potential client before even asking for their credit card information.  A practice Mr. Head feels opposed to as many Atlanta DUI law firms require upfront payment on the first phone call. Most clients benefit from letting our criminal defense lawyers answer specific questions, and to help relieve some of their stress.

This is a FREE lawyer consultation at our law office, or via Facetime, DUO or any other form of video-conferencing. Modern technology lets you see and talk with partners Cory Yager, Bubba Head or Larry Kohn. 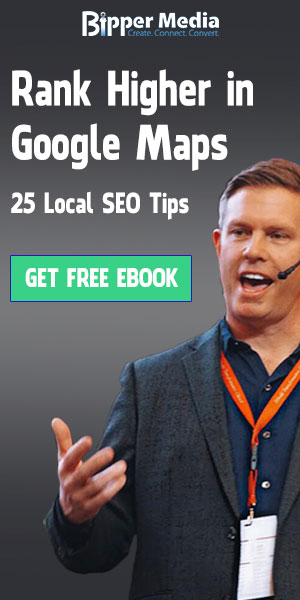