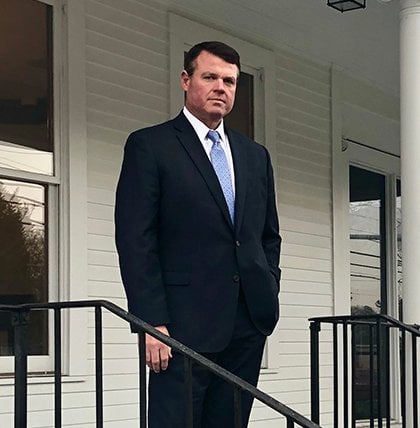 KIM STEPHENS ranks as one of the most accomplished trial lawyers and attorneys in the state of Georgia. With more than twenty-five years of experience in litigation, Kim has successfully resolved numerous high profile cases, defending professional and college athletes, doctors, police officers, and teachers charged with crimes ranging from misdemeanors to serious felony crimes.

Kim is recognized both locally and nationally for his professionalism and skills as a litigator. He has earned the rank of superb on avvo.com, achieving the highest possible score on the ten point scale that AVVO uses to grade attorneys. AVVO, the world’s largest online database committed to reviewing and ranking attorneys, awards the 10.0 ranking to less than 1% of attorneys nationally, placing Kim in the top percentage of attorneys in the United States.
Martindale Hubbell, an attorney peer review database, has recognized Kim as “distinguished counsel,” which is a widely respected mark of achievement, differentiating a lawyer from his or her competition and reflecting a high level of respect in the legal community.
More locally, the Athens Banner Herald named Kim as the people’s choice attorney for litigation in both 2013 and 2014. The Reader’s Choice Awards are based on votes from citizens in the Athens area and reflect Kim’s stellar reputation as a DUI defense attorney and a criminal attorney in the local community.