Are Atlanta Drivers Paying Too Much For Car Insurance? 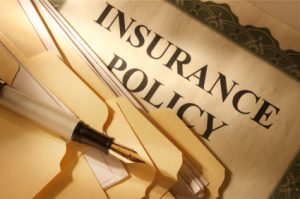 So do you live in the Smyrna, Georgia or metro Atlanta area?  Do you find yourself paying an exorbitant amount for your auto insurance coverage?  If so, then you may have fallen victim to some insurance providers who are reportedly increasing their auto insurance rates above and beyond where they should be.

A new investigation is being launched by the CFA (Consumer Federation of America) who has found large discrepancies in what’s being charged to drivers who fall in the low to moderate income brackets.  The CFA knows that in today’s economy, families are already struggling to make ends meet, and to have insurance companies out there who are purposely – and perhaps even illegally – increasing auto insurance rates is unacceptable.

So based on the suspicious practices of some insurance companies throughout the United States, the CFA actually conducted an audit of the major insurance providers in large metro areas like Atlanta.  Here’s what they found:

CFA said over half of the rates quoted to two typical moderate-income drivers were over $1000, and nearly one-third exceeded $1500.  CFA also said in some cases, quotes to the same consumer varied widely.  For example, in one city price options given to the same woman ranged from over $750 to more than $3300.”
“It is difficult to understand how insurers can justify charging more than $1000 a year for minimum insurance coverage to drivers who have perfect driving records for many years,” said CFA Executive Director Stephen Brobeck.  “It is also difficult to understand why the same driver is being quoted rates from different insurers that vary so considerably.”

It doesn’t take a mathematician to figure out this equation – when auto insurance rates simply cost too much for low to moderate income families, then there is no other choice for the family other than to go without auto insurance.  And as a result of this cycle, the major roadways in Atlanta are full of people who are 100% uninsured.

So do you find yourself paying too much for auto insurance in metro Atlanta?  If so, do you feel that your insurance amount is above and beyond that of others who are in a similar situation?

Breakdown of the numbers:

Below you find the numbers that the CFA released as part of their research into the problem of over charging the low – moderate income drivers.

As can be seen from the following summary of the price quotes:

How To Get Better Auto Insurance Rates in Atlanta