A Brief History and Look Into the Future of Virtual Reality 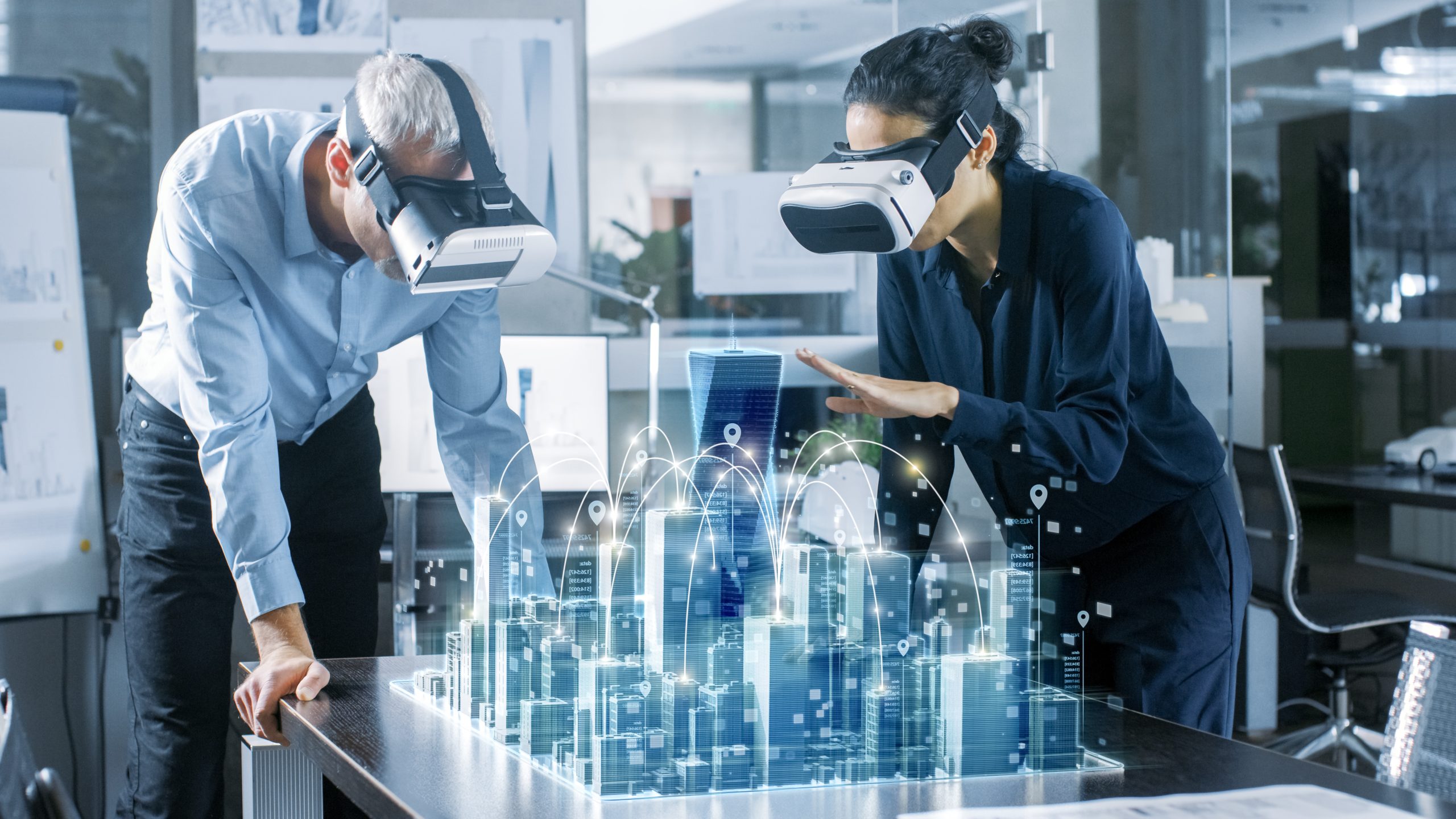 Virtual reality has been a topic of discussion for many years now, and its relevance in our lives is only going to get larger. In 2020, the virtual and augmented reality market was valued at $14.84 billion and it’s projected to grow to over $400 billion by 2030.

With the growth in this industry, there comes large innovations and new technologies. For some this is exciting, for others it can seem daunting. Wherever you stand on VR, these technologies are soon to become a larger part of our lives.

Let’s discuss what VR is, and the new tech we can expect in the near future.

What is Virtual Reality?

Virtual reality is the use of computer based programs to simulate real life situations. It can also be used to simulate unrealistic environments, but make it appear as if you are encountering that world. With VR technology, the user is placed in a simulated environment where they can look around and interact with a 3D environment.

Users typically interact with VR through a headset where they can program different scenes and environments. When you hear the words virtual reality, you might automatically think of gaming, but as we’ll discuss later in the article, VR is quickly emerging into different fields of study and activities.

The History of Virtual Reality

Before we discuss the future of virtual reality and the neat tech we can expect, let’s look at how we got to now.

In 1838, Sir Charles Wheatstone developed the concept of stereopsis. His invention, the stereoscope, allowed binocular vision to be perceived on a three dimensional level.

In 1935, author Stanley Weinbaum wrote his novel, Pygmalion’s Spectacles where he wrote about virtual reality. In the novel, a person could put on goggles and let them see moving images like a movie going on around them.

In 1957, Morton Heilig created the first VR device called the Sensorama which was later patented in 1962. It consisted of a booth where up to four people could enter and experience an immersive reality. Then in 1960, Heilig patented the first VR headset, called the Telesphere Mask.

In the next decades, more VR technologies emerged, but the term “virtual reality” didn’t come about until 1987.

In 1990, NASA launched Project View which was a VR training program for astronauts with head mounting devices and audio.

In 1991, the first virtual reality arcade game was released titled, Virtuality. This innovation marked the beginning of VR devices entering consumer markets. After this moment, more consumer products emerged on the market including companies like Nintendo and Google creating products.

In 2011, Oculus – one of the largest companies producing VR experiences – created the prototype for their VR headset.

Note: If you’ve skimmed through this history section, this is an important piece of information. In 2014, Facebook acquired Oculus which rapidly increased the production and sales of VR technology. Sony, Samsung, and Google all released their own versions of VR headsets after this moment. In 2016, the first generation of Oculus Rift was released.

In 2019, Forbes announced that 2019 was the “year virtual reality gets real.” (Which is only somewhat true because VR continues to grow and develop as time moves on.)

That brings us pretty close to the present day. Now that we’re caught up on the history of VR, it’s time to look at emerging technologies in the VR world.

The Future of Virtual Reality

What does the future hold for us when talking about virtual reality? Will it only remain as headsets, or will we have an even more immersive experience? As we’ve talked about previously, the AR and VR markets are rapidly growing. With this growth comes a demand for a wider application of VR technology. People want to see VR used for more than just entertainment. Let’s discuss some of these possibilities.

VR is and will continue to be used in educational settings. Technology like the Microsoft Holo Lens allows professors and students to look inside the human body through mixed reality. They can dive into cells, bloodstreams, and muscles to learn about how every system operates. There’s also technology that allows people to perform speeches to a virtual audience to alleviate public speaking fears. Students can also travel to different places in the world at different time periods to learn more about the culture and experiences of that time.

Whether you want to buy a new home, design a building, or tour a building before entering it, VR can make these processes easier. With VR you’ll be able to take a 3D, immersive virtual tour or walkthrough. Enscape is a technology that allows you to visit a building before it’s even been built.

Soon you’ll be able to walk through a virtual store, try on clothes and buy them all while staying at home. People have already been able to attend the first virtual New York Fashion Week in the Metaverse. Models walked down the runway and were able to change outfits halfway through.

Games have used VR before. With new technologies developing like higher quality images, sound, touch and smell being introduced, the gaming experience will greatly increase. Sony, Apple and Meta are all expected to release their newest versions of VR headsets in the next year.

Virtual reality can be intimidating to think about especially because this change appears inevitable. It’s important to note that VR is supposed to supplement everyday life and not completely eradicate it. Yes, technological change is coming, but this change can be exciting and something new to look forward to.

So, yes, we’re seeing a lot of technological progress, but there’s more to come, and we just have to look out for it.