Whichever argument you choose to stand on, art and life seem to be interconnected and always playing off of each other. Sometimes, this interconnectedness can be a bit daunting when the art we view portrays a negative outlook on our lives and future.

Even if the art is frightening, it can actually be truly interesting entertainment. Thus, in this article, we’ll be discussing the top films about new technology and dystopian worlds.

As a short disclaimer: These films are fiction, and while we can (and should) take away key messages about faith in humanity, it’s important to understand that the events in these films are not real. 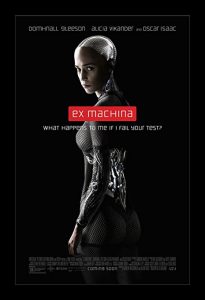 Caleb Smith, a programmer at a large company, wins a contest where he can spend a week in Nathan Bateman’s home, the CEO of the company. Once he gets to the estate, Caleb finds out he was chosen to determine if one of Nathan’s artificial intelligence robots, Ava, can pass the turing test. Caleb is tasked with determining if Ava can pass as a sentient being.

This sci-fi film addresses questions of the emotional capabilities of AI, how humans perceive intelligence and the moral corruption of those in power. With twists and turns throughout the movie, you won’t be able to look away – even if you want to. 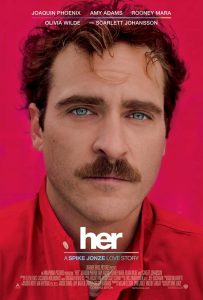 Her Movie Poster: Courtesy of IMDb

Theodore Twombly is a lonely and heartbroken man who buys an operating system which has a virtual assistant with artificial intelligence named Samantha. He grows closer with Samantha and develops stronger feelings for her. Throughout the film, Theodore is confronted with challenges surrounding his relationship with an AI machine, and must handle the outcomes of the odd nature of their relationship.

This film reveals the consequences – good and bad – of human dependency on AI. It addresses themes of relationships, human connection and loneliness.

Westworld was originally released as a movie in 1973, and then was adapted to a TV series by HBO in 2016. Both works feature similar stories. Set in 2050, Westworld is an immersive Western theme park where people pay a lot of money to escape from their real lives. The park is full of “hosts” – robots who look just like humans – who exist to fulfill the humans’ desires. The hosts cannot harm the humans, but the humans can do whatever they want to the hosts.

The series reveals how depraved humans can be, and shows how when given the chance, some will use their power against others. It addresses questions surrounding the sentience of machine learning and how far is too far when it comes to developing AI. 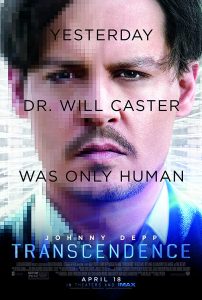 Dr. Will Caster is one of the leading scientists on AI sentience. He builds a sentient computer, but shortly after, a group of anti-technology terrorists attempt to kill the doctor. To save his life, Dr. Caster’s wife uploads his consciousness to the sentient computer. In the computer, Caster builds a utopian society, but soon questions of his true motives begin to arise.

As with the other movies listed above, this film addresses questions of AI sentience as well as the potential consequences of AI becoming self-aware.

While there are many different AI films out there, these are some of the most popular (and some of my favorites).

These films shed light on the negative aspects of AI and some daunting outcomes of machine learning. However, it’s important to remain level-headed and remember that these films are just fiction. There are important lessons to learn from such as human connection and remaining in-tune with our humanity.

Now that leads us back to the original question of does art imitate life, or does life imitate art? I don’t think there’s one right answer to this question, but take some time to watch these films and try to answer for yourself.